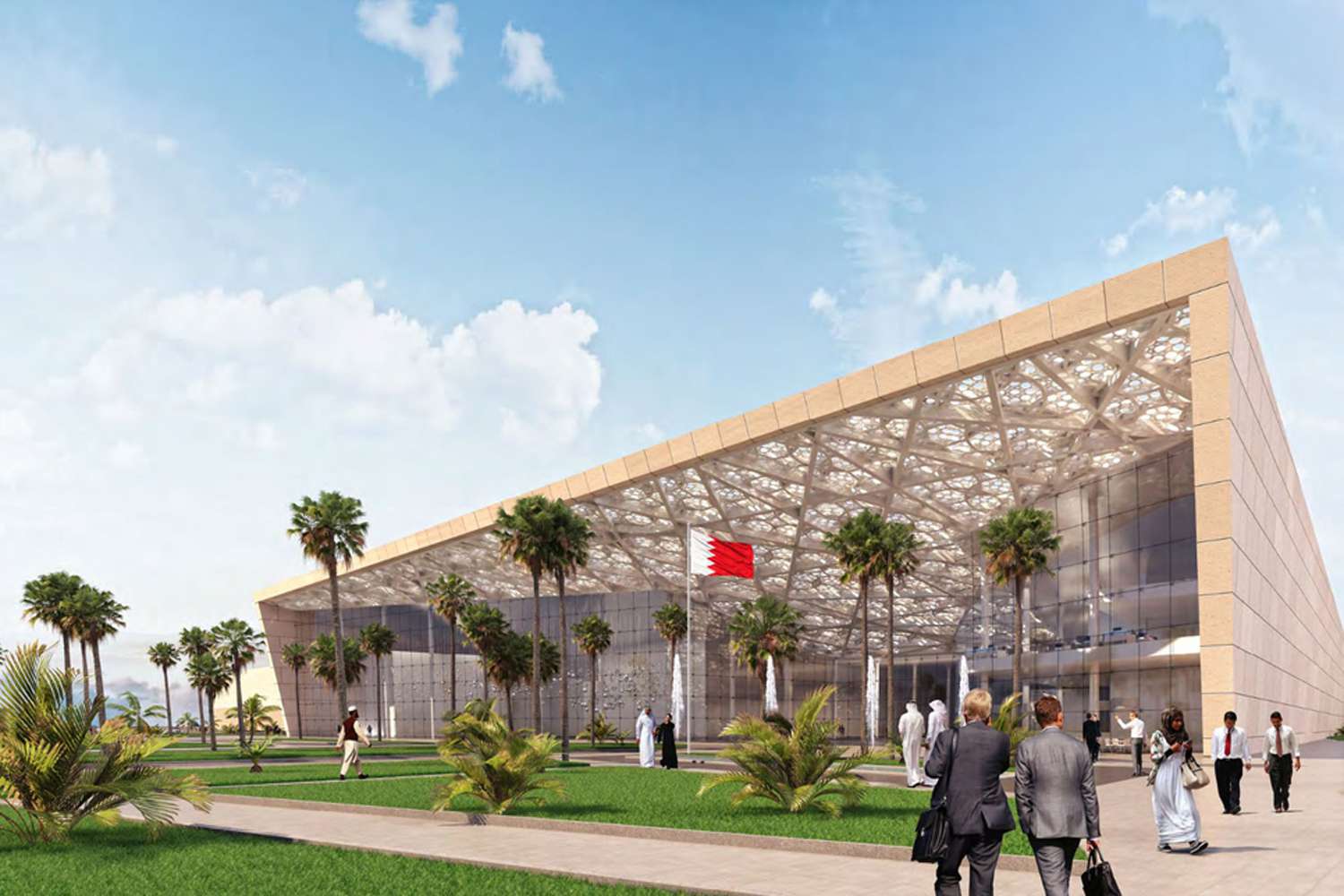 Minister of Industry, Commerce and Tourism and Bahrain Tourism and Exhibitions Authority (BTEA) Board of Directors chairman Zayed bin Rashid Al Zayani yesterday gave directives to remove all obstacles facing the implementation of the new Bahrain International Exhibition and Convention Centre in Sakhir, in order to ensure its completion within the two-year schedule.

This came as he paid a visit to the site of the project, whose stone-laying foundation ceremony was patronised by His Royal Highness Prince Salman bin Hamad Al Khalifa, Crown Prince, Deputy Supreme Commander and First Deputy Prime Minister, last January.

The minister was informed about the project’s implementation phases through a presentation given by Tilke consultants and Cebarco Bahrain, the contractor of the project.

The minister expressed his delight at the beginning of the project, noting that the state-of-the-art exhibition centre will motivate all sectors that support tourism in order to diversify sources of income, in line with the directives of His Majesty King Hamad bin Isa Al Khalifa.

The new exhibition and convention centre will be built on 309,000 square metres of land. The 149,000sqm main building will include 10 exhibition areas totalling 95,000sqm, along with dedicated areas for retail and events.

The facility will also include a 4,500sqm conference hall divided into three separate Hitech rooms, in addition to 27 small and medium-sized conference and meeting rooms.

The new facility will significantly strengthen the Kingdom’s event infrastructure and enable it to host greater numbers of larger events in the future.