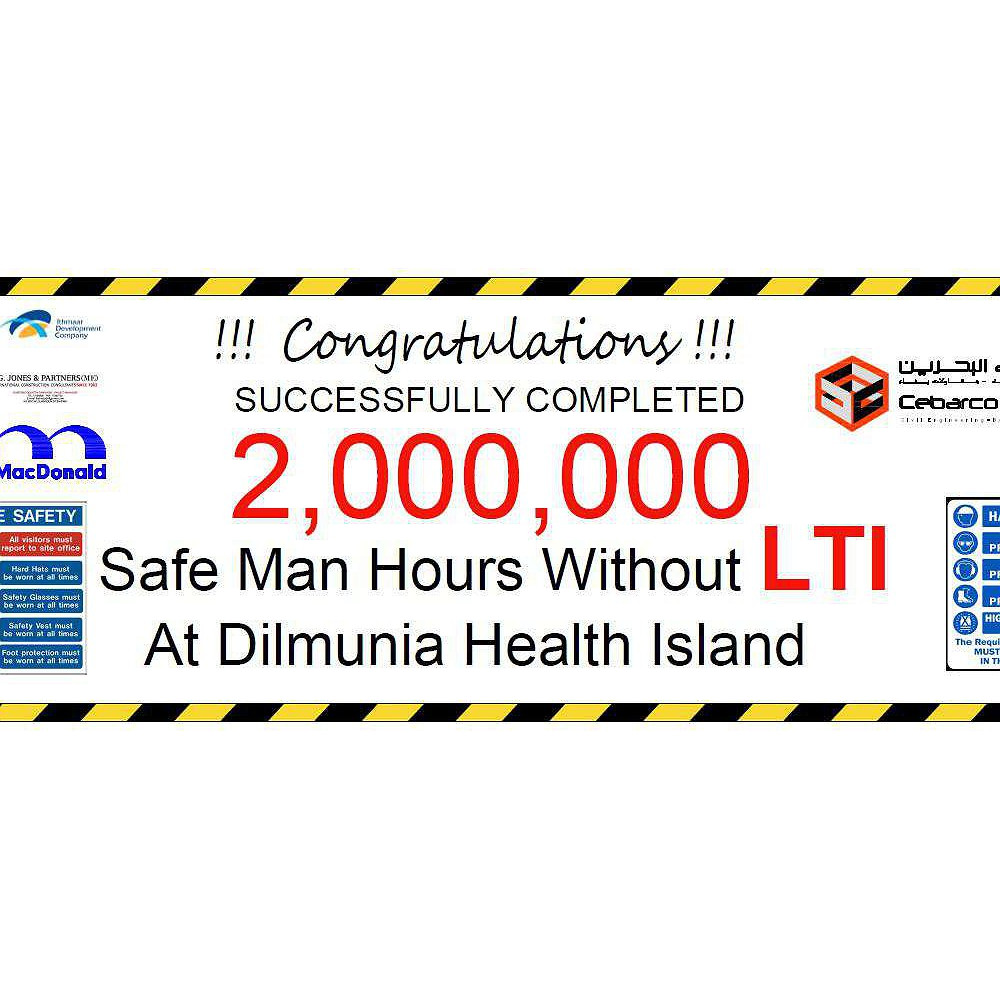 Cebarco were appointed to construct the primary infrastructure on Dilmunia Health Island on the April 2013.

During the Phase 3 Works Cebarco have achieved 2,000,000 (two million) man hours worked without any lost time incident, a major achievement due to the dedication of both the contractor and Mott MacDonald site supervision team embracing and implementing Health and Safety during the duration of the project.

Dilmunia Health Islands scope of works covered under the above contract consists of: